An elephant has been in the room for a while now already. Everybody senses its breath, but nobody dares to say anything. This is how I would describe the atmosphere in the EU Justice and Home Affairs Council. However, the irritation towards the elephant has been rising lately. The willingness to face the elephant was one of the only things uniting different camps in the Council.

With the elephant, I refer to the paradox at the core of the current asylum system. It forces asylum seekers to cross the EU border illegally with the help of smugglers. Only then can they use their legal right to seek an asylum.

I am not blaming the people seeking refuge. I blame the system. Smugglers earned over 4 billion euros in 2015 alone according to some estimates. The role of the smugglers makes the whole phenomenon difficult to control and leads to thousands of people drowning in the Mediterranean.

The problem is the elephant, but still many are aiming next to it. This week Ministers from France and Germany called for an increase of 10 000 new workers for Frontex, The European Border and Coast Guard Agency. I have nothing against Frontex, on the contrary. However, bolstering Frontex will not stop illegal immigration if we do not change the very rules of asylum seeking.

At worst, we feed the wallets of the smugglers. Asylum-seekers will pack into weaker and fuller boats when they trust that Frontex will eventually save them and bring them to Europe. And of course they should be saved if they have been pushed into the situation that they end up in the ocean.

The elephant or Merkel?

The German government crisis and the harsh actions by the new Italian government have led to an unprecedented escalation of the European asylum discussion. This summer might turn out to be a point of discontinuity in asylum policy. If next weeks European Council cannot come up with a clear direction, Angela Merkel’s 13 year chancellorship might be at stake in early July. More importantly for the longer term, the era of EU without internal borders may come to an end – at least in its current form.

Unilateral solutions by the Member States would lead to a situation where states with external borders could face pressure and extortion from their neighbours in border control issues; Greece with Turkey, Italy with Tunisia and Libya, Spain with Morocco, Finland with Russia, Poland with Belarus, and Hungary with Serbia and Ukraine. I recommend strategic thinking on this topic in every EU country’s capital. We truly need a common EU solution.

The Commission’s answer so far has been a seven-part legislation package on a common European asylum system, which we went through in the Justice and Home Affairs Council a couple of weeks ago. At the core of the package is, on one hand, to require more responsibility from the country of first entry to block further movement into other EU states. On the other hand, the package attempts to create an automatism to help the country of first entry in situations of large scale influx of people – including automatic relocations to other Member States as an last resort option.

These proposals should be adopted with some changes. However, they do not provide for sufficient tools for the EU leaders to reach consensus next week. The only road to an agreement might be to search for “new type of glue” that would bring together the opposing camps which are, for a reason or another, unhappy about the compromise presented by the Commission and the Presidency. In my opinion, this new glue could be found by facing the elephant and taming it into a new system which would allow for protection for a considerable number of people, which would be more humane to the most vulnerable – and create much less chaos.

Facing reality is the start of wisdom. A good asylum system has to be based on these starting points:

The first principle is rather widely accepted. The logic of personal persecution is also the healthy core of our current asylum system, but providing protection to the most vulnerable, is not achieved very well. A person seeking refuge over state borders needs funds to pay smugglers and also to be in good enough physical shape to make the difficult travel.

The second principle is quite commonly accepted regardless of who you are talking to. Also in this case, the blame should not be put on the asylum-seekers. It is fully understandable to try to seek a better life. If everyone was to receive residency, Europe might see hundreds of millions of people arriving. In practise, integrating them all on the legal labour market in a sufficiently quick manner would be impossible. On my behalf, work-based immigration is welcomed in Europe. For that we have processes for work-related residence permits.

The third principle is something that should not to be said out loud. In reality every European country is worried of vast amounts of asylum-seekers pouring over their borders and is therefore trying to reach agreements with their neighbours to limit these streams. We are talking about preventing illegal border crossings here. In reality we simultaneously restrict people from using their legal right to seek refuge. Societies getting scared in face of large flows of asylum-seekers has united very different kinds of democracies in the last three years – from Italy to Sweden and Netherlands to Hungary.

In the light of the three aforementioned principles, the current model of cross-border asylum seeking is a poor one pretty much for everybody. The poorest and the most vulnerable don’t reach Europe as a rule. Smugglers benefit and thousands of people die en route. Illegal border crossing and criminal smuggling makes the process feel uncontrolled. As a result Europeans are willing to take less refugees in real need of help to Europe than they would if the mechanism would generate less fear.

Rationally it would be more beneficial for everyone to move the emphasis from cross-border asylum seeking to refugees taken straight from refugee camps. Some countries are planning to establish processing centres outside of EU, others speak of deportation centres. Such whole new mechanisms would not necessarily be needed. We already have the system of quota refugees. For example Finland takes 750 and Sweden 5000 quota refugees this year. Overall, the EU takes nowadays approximately 25 000 quota refugees.

What if we were to bring in ten times more quota refugees in to EU, and at the same time restrict cross-border asylum seeking only to certain exceptions? This level of quarter of a million quota refugees would correspond to the annual influx of asylum-seekers in the early 2010’s. It would be less than a quarter of the people that arrived in 2015. All of them would be granted an asylum when chosen straight from refugee camps. This would compare to the current situation where only about half of the seekers are actually granted asylum. Most essentially, the influx of refugees would not cause disorder and we would avoid problem of trying to send back the people who were received a negative decision.

The package could include a common EU quota of refugees and a mechanism to fund the system together – at least in parts. Naturally, there will not be a consensus on this unless we simultaneously and substantially limit cross-border asylum seeking.

The current asylum system is based on the 1951 UN Refugee Convention. It has been further developed by the European Convention of Human Rights and by case law of the European Court of Human Rights. I have heard varying opinions on whether replacing cross-border asylum seeking with quota refugees would breach international treaties or their interpretations. I won’t act as a judge here, but it’s people who write and interpret these treaties. Therefore changing these is possible.

The origin of the 1951 convention was the refugee crisis following WWII and the attempt to handle the situation based on common rules. The system was not designed for widespread refuge seeking from outside of Europe. If in this current situation it would be better for all that Europe were to declare to increase ten-fold the amount of its quota refugees and to limit cross-border asylum seeking only to exceptions, we as people should be able to find proportionate ways to make this happen.

Kai Mykkänen
Minister of the Interior of Finland 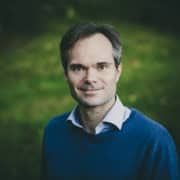 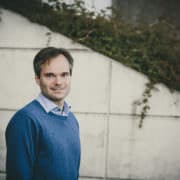 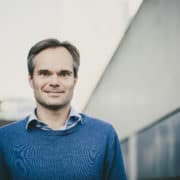 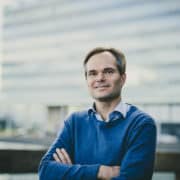 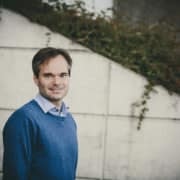 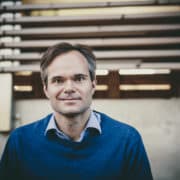 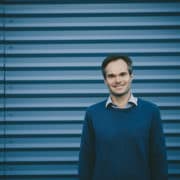