Four years ago, I grabbed to this matter and as a result the city strategy of Espoo mentions the use of English as an “official service language” in which one can handle one’s matters (“asiointikieli” in Finnish). This has strengthened our mandate to push forward reforms which enable the use of Espoo service platforms also in English. Many things have improved, but some things still need attention – especially concerning filling of some rarely used official documents.

We have encountered situations where it is too difficult for a foreign language speaker to use the service due to the language barrier. In these situations, it affects also to the coziness of Espoo. According to my non-Finnish speaker friend She it is common that English-options in Espoo phone services are not very fluent, and it is sometimes easier to go through Finnish-phone service even with a very little Finnish skill. We need to keep up with the quality level especially as the number of non-Finnish speakers in Espoo is growing rapidly. Fortunately, opportunities of e-service channels diminish the role of this bottleneck as well.

Sometimes worst problem is that one doesn’t find the right information and service channels even if they exist. Fortunately we have combined most relevant info of Espoo and its services for expats in English to a specific site: https://www.helloespoo.fi/en-US .

In addition, the Finnish word “asiointi” has no exact equivalent in English. It refers to services, customer service and running errands but also includes administrative procedures, cooperation between authorities and the authorities’ internal processes. Finnish and Swedish will remain the written administrative languages and the languages of official decisions in Espoo. English is referred as a service language (“palvelukieli”) instead.

Duplicating most of the city-services in English is a rather an easy task compared to the challenge of how to increase offering of English-speaking education in Espoo to cope with the increasing demand. This is certainly a must-win-battle for Espoo. It will have a short payback time by making it easier for foreign talents to move and stay in Finland with their families. In childcare and pre-primary education, the market is more flexible since private services can be offered quite widely. And the offering is increasing.

So, the offering has increased dramatically in past 10 years. And yes, we need to continue and accelerate the forming of English-speaking education services in Espoo also in the future.

The goal of the city of Espoo is to take better account of the needs of the English language and to develop new English-language services. Since many immigrants use English as a support language while learning Finnish or Swedish this will help speakers of foreign languages integrate into society faster and to prevent the increase of segregation and the harm it causes.

English as a service language increases equal opportunities for education, training and working life. It also increases the sense of togetherness and reduces inequality.

Let’s make Espoo the best place for expats in Europe!

This reform is to strengthen the positive image that international investors, companies and experts already have of Espoo. There is still some work to do for this reform, but I take it as a positive challenge.

Chairman of the Espoo City Council

Member of the National Parliament 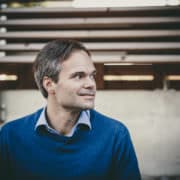 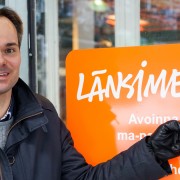 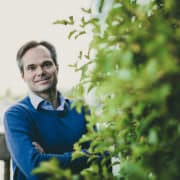 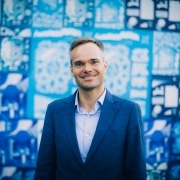